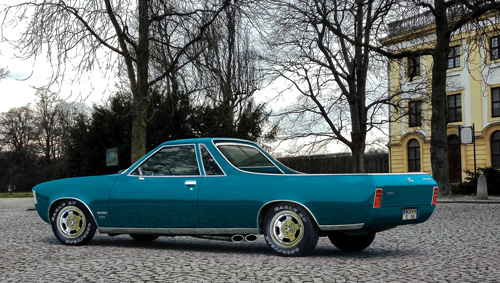 How does a car become a classic?

where to see classic cars

The car that started it all

How does a car become a "classic"?

When it comes to classic cars, opinions definitely vary. However, a common theme is that if a car is old enough that there's some historical interest in it, older than 25 years at least, then it could be considered a classic. It's a term that's applied loosely by car collectors and enthusiasts everywhere, but in my opinion, I think that the mark of 25 years minimum is right on point.

When determining what goes into a car being considered a classic, a lot of different factors will come to mind, like age, the make, the model, or the popularity among collectors, among other things. However, there's only one factor that matters to consider a car a classic, and that's age. Exactly when a vehicle becomes a classic car is up for debate, though, as opinions will definitely vary.

For example, the Antique Automobile Club of America, which was established in 1935, claims that classic cars are those that are between 25 and 50 years old and that any car older than 50 would be considered an "antique." While that may sound like a lot to some, most organizations prefer to separate the two distinctions. Meanwhile, some state departments of motor vehicles consider a classic car to be any car that is at least 26 years old. And according to the Classic Car Club of America, a classic car is one that was produced between 1915 and 1948.

In the end, there's really no definitive answer to when exactly your car becomes a classic, so it's all up to a matter of opinion. For myself personally, I agree more with the sentiment that 25 years is a respectable amount of time before a car should truly be considered a classic.

When thinking about my favorite classic cars, there are three in particular that come to mind. The first would be the 1967 Pontiac GTO. Back when it was released, and even up until today, it's truly a stunning car to see. It has the nickname of "the Judge" and is even named after Ferrari's 250 GTO, meaning "Gran Turismo Omologato," despite the fact that the two cars are very different in a lot of ways. The 1967 Pontiac GTO remains a hot, cherished car among collectors, and I consider myself extremely proud to be the owner of one. I love taking it out during the summers and driving up I-480 out of Omaha!

With classic cars, another factor that most consider when distinguishing a vehicle is whether or not it's "classic," "vintage," or "antique." A classic car is widely considered to be one that is more than 25 years old, and an antique is typically a car that is over 50 years old, but some consider "vintage" cars to be those produced between 1915 and 1948. The general rule of thumb before determining if your car is classic, vintage, or antique is to first consider whether or not it's been 25 years since it was released, then go from there.

If you're looking into getting a classic car, there are plenty of rules to follow when getting insurance for it. First, several insurance companies out there require that to get insurance on your classic car, you need to own at least one "regular car," garage the classic car when it's not in use, and limit the amount of miles you drive it to a certain number each year. Most insurance companies set this limit below 2,500 miles a year, while others will allow up to 5,000 miles per year.

No matter what your personal criteria are when determining what makes a classic car, one thing is certain, and that's that older cars are simply amazing. They represent something that we as car enthusiasts truly love. For me personally, they take me back to a time when I fell in love with cars, reminding me of why as the odometer passes every mile. When I see my 1967 Pontiac GTO in the garage and take it out for a drive, it takes me back to riding with my older brother in his, cruising around Omaha and just being a kid enjoying life. There's nothing better than the timeless memories that you'll never forget, the ones that take you back and make you happy every single time you relive them.

If you're interested in learning more about classic cars, here are some more informative resources: